When people discuss the hemp flower, they are referring to the bud of the female hemp plant. When the hemp flower reaches full bloom, cannabinoids and resin are secreted. The hemp flower does this to attract pollen from the males so that seeds can be produced. Specially bred seedless plants produce higher CBD and lower THC, while plants with seeds have higher THC. The THC level determines the legality of the crop. Is hemp flower legal? Let’s take an in-depth look at the history of hemp and what brought it to legalization.

In 1906, the Federal government began to outlaw the cannabis plant family from which the hemp flower originates. The textile industry and those that believed hemp threatened the sale of competing products pushed for prohibition. By the mid-1930s, the Marihuana Tax Act classified the plant as a controlled substance.

The hemp plant was made illegal and banned in 1970 under the Controlled Substances Act.

Environmental Economics published a study in 1998, showing the diversity of the plant. Companies and organizations use hemp to create everything from biofuel to jewelry and plastics. Products made from hemp decrease land use, climatic factors, and play a role in reducing the human carbon footprint.

House Republican Ron Paul of Texas introduced the Industrial Hemp Farming Act in April of 2009. While no action was taken on this piece of legislation, it sought to separate marijuana and Industrial Hemp.

In December 2018, The Farm Bill drastically transformed the hemp policy in the US. While some industrial hemp was approved on a small scale by the U.S. Department of Agriculture (USDA), The 2018 Farm Bill expanded hemp cultivation by allowing the sale, transfer, and possession of products over state lines.

Hemp products must be made in a lawful manner that includes numerous restrictions. However, the new Farm Bill does not create a completely free system in which individuals or businesses can grow hemp whenever and wherever they want. There are strict guidelines that must be followed.

Yes, but it took decades to get it to where it is today. Many laws and regulations have been put into place to make hemp legalized.

The 2018 Farm Bill legalized hemp and extended the protections awarded to hemp research by recognizing its importance, the opportunities derived from the hemp flower, and acknowledged that more should be done to ensure hemp remains a stable agricultural commodity. This law highly regulates the hemp flower crop and doesn’t allow the free growth awarded to other crops like corn and wheat.

The law requires all hemp farmers to receive a license from an authorized state, tribal, or USDA hemp program. Those convicted of a controlled substance-related felony in the last ten years are ineligible for licensure.

Additionally, all licensed hemp farmers must report their crop acreage to the Farm Service Agency to give USDA and its stakeholders a better idea of the amount of hemp planted and grown in the U.S.

Under the 2018 Farm Bill, hemp and hemp flower become illegal marijuana, or non-hemp cannabis, when the THC content exceeds 0.3%.

Similar to the health insurance marketplace and OSHA, this legislation calls for shared regulatory power between the states and the federal government. Requirements include the consultation of each state department of agriculture with the state’s governor and chief law enforcement officer to devise and submit a plan to the Secretary of the USDA for licensing and regulatory approval.

The USDA oversees any hemp cultivators in states without an approved plan. This law outlines violations that go beyond THC levels and their severity, as well as possible punishments for offenders and re-offenders, and pathways to compliance.

Hemp and Other Crops

The 2018 Farm Bill enabled hemp to be treated like other agricultural commodities. Under the new provisions, hemp farmers are offered protections under the Federal Crop Insurance Act similar to those of mainstream crops. These provisions assist farmers who face crop losses during the typical course of agricultural production. These protections will be necessary as the climate around the hemp flower changes. 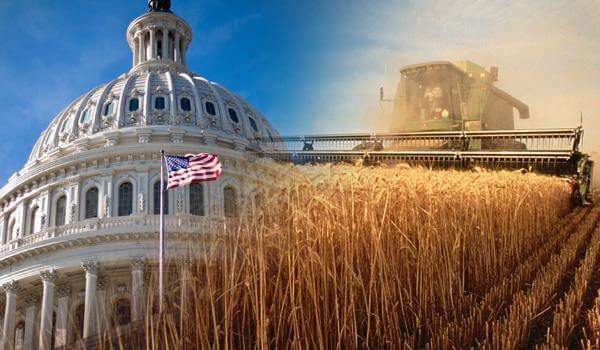 Even though the law includes provisions that heavily regulate hemp, law enforcement remains concerned that the cannabis plants used for marijuana cultivation end up commingled with hemp plants.

The 15 days is essential because THC concentration tends to increase as the hemp plants mature. Therefore, the threshold of a crop could rise above the allowed limit if the testing isn’t completed early enough during those 15 days.

However, ambiguity still exists because the law doesn’t specify if the testing must commence at the beginning or at the end of the harvest. This is important because some farmers take multiple days to harvest their crops.

The 2019 update to the previous year’s farm bill allowed for submission of state and tribal alternative testing protocols for consideration of comparable, reliable results. These plans must include:

The 2019 update to the 2018 Farm Act made hemp production legal in 46 states. It also allowed the remaining states of Idaho, Mississippi, New Hampshire, and South Dakota to continue their bans on the crop’s production within their borders. However, no state or Indian tribe can restrict hemp transportation within its borders. This provision gives hemp flower farmers access to national markets.

Even with all the new law changes, the banking industry remains hesitant to enter the hemp flower market. This makes obtaining financing and utilizing other financial services difficult for those that produce hemp.

Disclaimer: CBD Flower is not used to treat, cure, or mitigate any disease, illness, ailment, and/or condition. We make no representations as to intended use or suitability for use.